• 1989 – Graduated from the High School of Arts “Nicolae Tonitza”, Bucharest;

• 2015 – Ritualuri (Rituals)l exhibition, Art A and the National Association for the Visual Contemporary Arts, the cultural space of Gallery at 9-11 Leonida Street, Bucharest;

• 2015- “ContempL’art 02”, an initiative of Goldart for promoting contemporary art, by exposing on our picture rails the works of the artists: RĂZVAN STANCIU, Sorin DUMITRESCU MIHĂIEŞTI, GEORGE COMAN, DRAGOŞ ALEXANDRU and EUGEN VASILE IOVAN

• 2012 – “Conexiune Culturală” (“Cultural Connection”). An exhibition held at the National Hall of  Equipment and Construction 2012, the Technical University of Civil Engineering, the Faculty of Technological Equipment, Bucharest;

-2015 – PASCULESCU, ROXANA,  The  new auction program of the Goldart Auction House – ContempL ‘art confidently turns its attention to the contemporary Romanian artists. The events will take place in that space -hence, successive exhibitions are being organized there- aiming to bring closer a certain type of viewer and collector, the contemporary art. The broadcast RADIO ROMANIA CULTURAL, the ROMANIAN BROADCASTING SOCIETY, http://www.radioromaniacultural.ro/contempl_art-40172, published: 10 November 2015 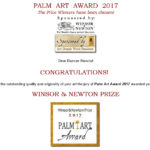 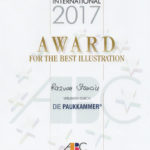 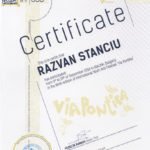 Mihai Plămădeală
Răzvan Stanciu, relies on the force of the model and the colours borrowed from the carpets of the Oltenia region, captured by pictorial means at a safe distance from Realism.

Marius Tiţa
Răzvan Stanciu comes with another kind of force, with a nervous touch, with a strong colour, almost pure at a certain moment. Should we read the titles of his works and ask him why does he entitle the work in English, we will find that the artist protests about Romanian art and at the same time he is in love with the artistic creation, the painting … He wants to do painting and is doing painting … Obviously, he does palpitate and bustle for meeting with the public because he has proposals, ideas, comments and has the magic of fine creation, which enables him to transfer his ideas and atmosphere to the paintings. In his canvas oil painting, or canvas acrylic painting, the artist makes use of a classic people’s old expression means, which is specific just to those persons endowed with grace and with the desire of creation, their skill enabling them to create. That bit of portraiture, which every painter should test, is present in his work. In those portraits Răzvan looks beyond what we see at a glance on a human face and tries to decipher the personality that he is addressing to. Răzvan has intended to capture the characters in his paintings, and submit them to us in the exhibition. I think this is a path that Răzvan should follow, specifically, the human portrait and generally, the human presentation in painting. Moreover, Răzvan, allotted a part of his exhibition to some portraits of buildings. He finds personality and masters a dialogue through the arts, in the chromatic painting of the shapes and the buildings. Each of those buildings has a personality dear to Răzvan, and he feels obliged to have them alongside the portraits in the exhibition …

Victoria Anghelescu
Răzvan Stanciu-Razu’s painting, with vigorous nervous strokes, seems to take all in possession. Temperamental, with an aptitude to an expressive side, even an expressionist side of the motifs, Razu paints landscapes, portraits, and caricatures with acrylic contrasting powerful colours. His architecture often defies the laws of gravity, the water acts as a mirror, the heavens, even serene, are animated by clouds or colourful reflections. Razu’s portraits remind us the expressionist art by his colour range, and sometimes by the intensity of plastically avowed feelings. Razu is flirting with Cubism in the symbols of the horoscope; he recalls Surrealism in the dance scenes with a slight exotic air. The artist has a transparent living, with expressive gestures in which the search of expressive approach is subject to own curiosity and direct experience. His spontaneous explosive behaviour aim an intense living, while having also an ironic look sometimes, and not only in his caricatures.

Sanda Agalides
A painting where the personal searches occur spontaneously, arising from the concrete course of the composition of specific images. The visual results are pleasant. The images are poetic, simple, lacking of exaggeration, which  he intends to be and is in fact satisfactory, as  the any image receiver sees the author to be the first to test the research and to keep or not what measures the success, on his opinion, a visible evidence that justifies the investigation. A poetic slight acid area, which at the same time is not sweet, but awaken and dreamy.