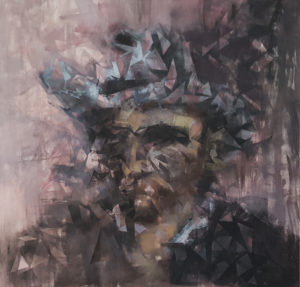 Primarily self-taught and unappreciated during his lifetime, Vincent van Gogh made over 900 paintings and 1,100 works on paper during the decade that he worked as an artist. Influenced by Jean-Francois Millet and the Barbizon School artists, van Gogh’s early work comprises dour portraits of Dutch peasants and depressing rural landscapes. In 1886-88 he moved to Paris, where Impressionism and Neo-Impressionism had a big impact on his painting. He brightened his palette, experimented with shorter brushstrokes, impasto, and complementary colors. The paintings he made in Paris announce the bolder Post-Impressionist style that he is best known for today. Van Gogh painted his self-portrait in the winter of 1887–88, when he had been in Paris for almost two years.

Posted in | Comments Off on Shapes 11