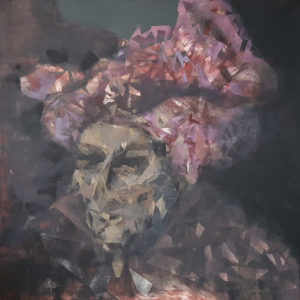 This famous Flemish painting, known officially as Portrait of a Man, but commonly referred to as Man in a Red Turban, or Portrait of a Man in a Red Turban, is one of several famous panel paintings by the Flemish painter Jan Van Eyck (1390-1441), one of the foremost pioneers of the early Netherlandish Renaissance. Supposedly a self-portrait, it is believed to have been purchased by Thomas Howard, Earl of Arundel, during his period of exile in Antwerp around 1644, before being acquired by the National Gallery in London, in 1851.

Posted in | Comments Off on Shapes 7